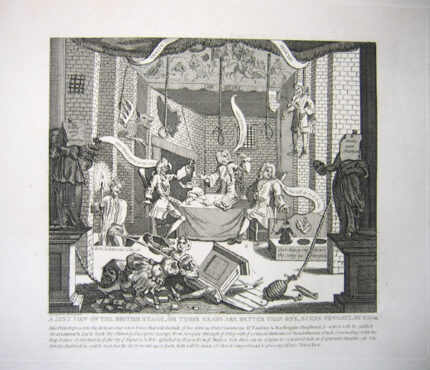 A Just View of the British Stage £85.00
Back to products 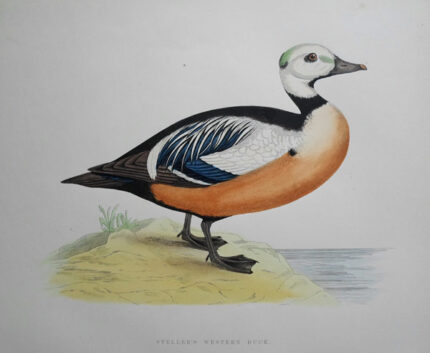 Robert Owen, much caricatured, with a large head sunk in his shoulders so that he resembles a hunchback, walks beside a tall handsome and elegantly dressed woman who takes his arm, his head being below her waist. He is dressed as a dandy, wearing a flamboyantly bell-shaped top-hat, and walks with arms akimbo, holding a cane under the left arm. They are identified as (Robert) Owen and Miss Beaumont, perhaps the Miss Beaumont whose acting at Covent Garden was praised by H. E. Fox in Dec. 1820. ‘Journal’,