Click to enlarge
Home » Catalogue » Conception beyond expression; or, the acme of pictorial criticism; 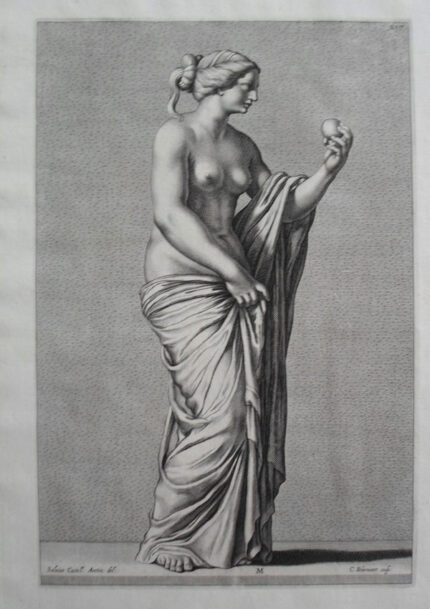 A full length staute of a female holding an apple £100.00
Back to products

Conception beyond expression; or, the acme of pictorial criticism;

Conception beyond expression; or, the acme of pictorial criticism;

Trimmed to image with title pasted below

Picture-gazers (in the costume of c. 1830) in (evidently) one of the rooms of the Royal Academy; a second room is seen through a doorway; both are lined to the ceiling with closely dovetailed pictures of varying sizes, landscape and portrait predominating. A dandified, bare-headed man, with a scowl of concentration, holds forth to an obese and John Bullish country gentleman. Dialogue below the title: ‘"What do you think of that picture?"—"Why, I like it; but it wants a kind of—you understand— you see it’s a—see there,—it wants—the colouring is—a—you see—that is—". —" Yes, I know it—I understand—it wants, as you say, a sort of—that is, a—a—a—"——"Exactly so."’