Click to enlarge
Home » Catalogue » Sketch of the interior of St Stephens, as it now stands 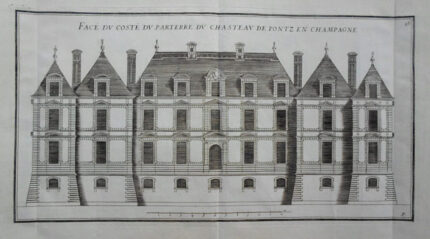 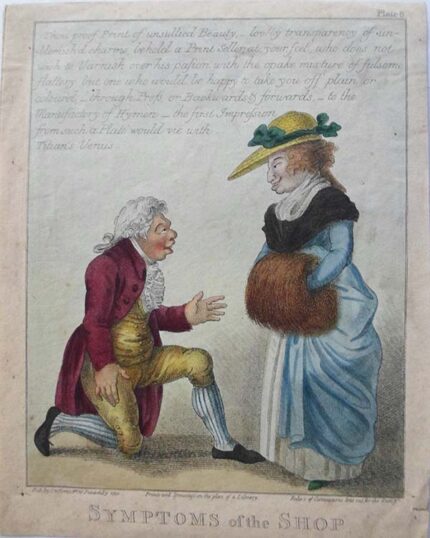 Sketch of the interior of St Stephens, as it now stands

Sketch of the interior of St Stephens, as it now stands

A view of the House of Commons showing only the Ministerial benches immediately beside and behind the Speaker’s Chair, and, on the extreme right, the Speaker and the Clerk with part of the Table. Addington, scarcely caricatured, but wearing gloves, is the principal figure. He stands in profile to the right, right hand extended; in his left is the ‘Treaty of Peace with ye Democratick [‘Democratic’ was then used as an equivalent of Jacobin, cf. BMSat 8310.] Powers’; from his pocket issues a paper: ‘List of the new Administration’. On the front bench (left) next Addington’s seat, marked by his hat, sits Hawkesbury, nervous and deprecating, legs crossed, crouching forward, holding his chin. Next him is a very fat man with gouty legs, his head concealed behind Addington, identified as Dickinson, see BMSat 9854. Just behind are Nicholls, clutching his cane, and Tierney (not caricatured), both gazing intently at Addington’s back. Behind Nicholls is Wilberforce, much caricatured. A fat, youngish man, standing full face (right), resembles Lord Temple. Of the other heads gazing fixedly at Addington only Tyrwhitt Jones (see BMSat 9401 and Index) can be identified: according to ‘London und Paris’, Jekyll and Whitbread are there. The Speaker, Abbot, is dwarfishly too small for the Chair; in front of him sits the Clerk, with a melancholy expression, holding a pen, his hands folded. BM 9843