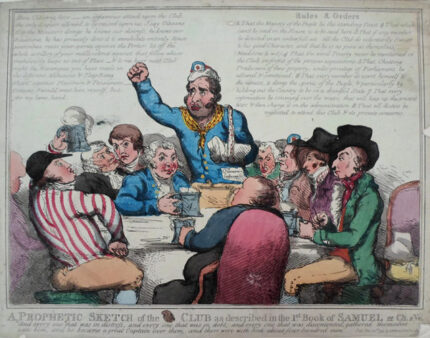 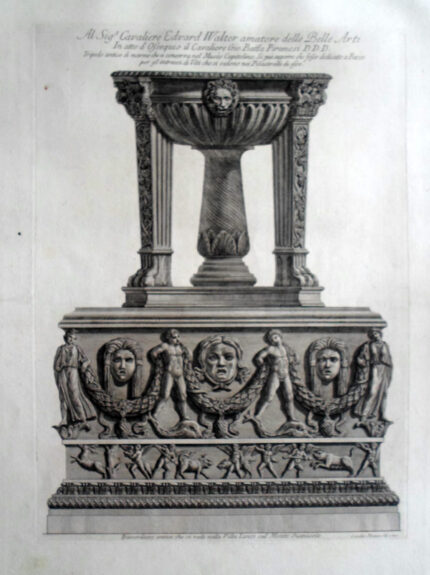 Le Antichita Romane Volume 1 Rome, GB Piranesi ca. 1775 The Antichita illustrate the tombs along the Appian Way and similar areas outside the city. While the tombs, their occupants and their builders are mostly unknown, these plates are among Piranesi’s most romantic views, his crumbling masonry given weight and grandeur by the low viewpoints, the strong light affects and the tiny figures of tourists, peasants and goats. Piranesi’s studies of the antiquities of Rome was one of the great archaeological works of its era; appealing both to the architects and designers of the day as well as to the students of the past. While its influence spread across Europe, it was most eagerly studied in England, where it led in 1757 to Piranesi’s election as an Honorary Fellow of the Society of Antiquaries