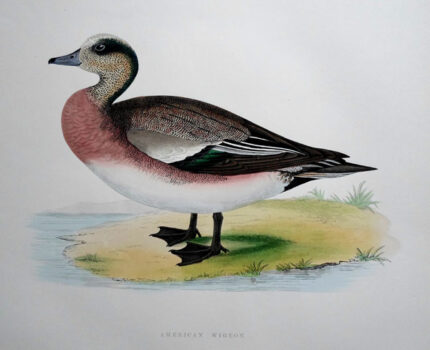 American Wigeon £75.00
Back to products 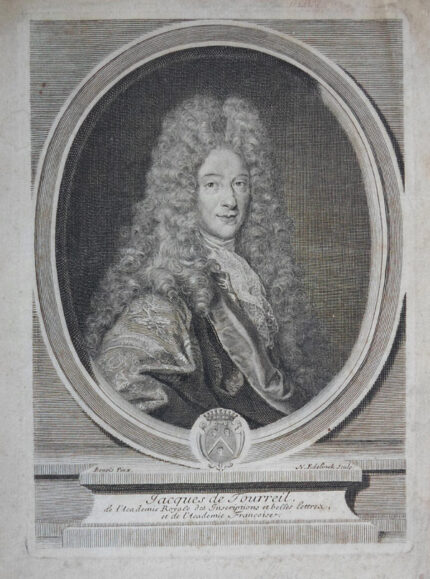 Trimmed to borders and laid onto old album sheet.

Extremely rare. This series has a complicated publishing history. A full set of fourteen plates was issued for John Beaver’s book The Roman Military Punishments, a small quarto of 155 pages, privately printed, of which only about half a dozen copies are extant. Ten plates, engraved somewhat in the style of Jacques Callot, were issued separately in an unbound set on both thin paper and heavier paper. These separately published sets always lack the Frontispiece; seated Roman General, Freemen Degraded and sold into slavery, Banishment and Degrading Punishments. Beaver had intended to issue a sequel, Modern Military Punishments, and Hogarth executed two plates for this work, which however, was never written. They always appear with the ten prints from the previous book, issued as a set. From 1774 the copperplates seem to have passed through several hands, ending up in Robert Wilkinson’s sale in 1826, and have since disappeared. Not much is known about Beaver himself, his interest in military punishments seems to derive from his appointment as ‘Deputy Commissary of the Musters and Deputy Judge Advocate of His Majesty’s Forces in the Town of Gibraltar’. Paulson 67 – 81 Roman Military Punishments 1. Fustigatio. A beating administered with stick and cudgels to the death. 2. Decimation. Execution of every tenth man. 3. Beheading. Whipping with rods, then beheading, lying prone, facing the executioner. 4. Crucifixion &c. Included on this plate are crucifixion, throwing from the Tarpeian Rock, being eaten alive by wild beasts, & burning alive. 5. Dismemberment &c. The offender was tied to two bent tree branches, which upon being released, tore the prisoner to pieces. Two punishments visible in the distance show being exposed on the top of a wagon for the whole day, and being sewn alive into the bellies of oxen. 6. Breaking the Legs. Usually inflicted only on slaves or captives. 7. Fustium Admonitio. A beating for disobeying orders, loitering & negligence. 8. Shameful Discharge. Casting out of the army and losing citizenship. 9. Taking away the Military Belt or girdle. Reduction in rank. 10. Issued Barley instead of Wheat. For cowardice, cruelty or desertion, thus being relegated to the level of beasts of burden. Modern Military Punishments 1. Cutting off the Nose. For cruelty, murder, desertion. 2. Hanging by the Thumbs. For looting, rapine &c. Set of 12 plates £650