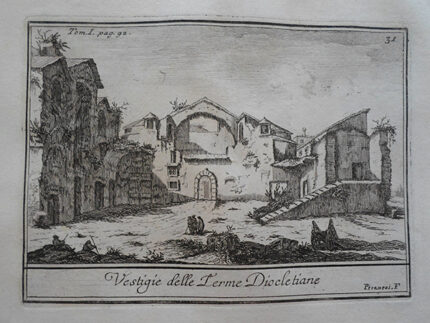 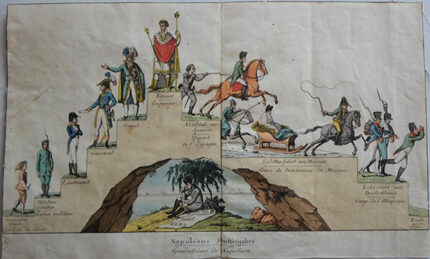 Napoleon, much larger than life, astrides the Palace of Fontainbleau. He looks below him, his arms and legs outstretched, his scepter and Orb have dropped from his hands, and his hat falls below him . He has long stilts attached to his legs which have split under the pressure. The stilt on his left leg reaches out to the spire of a church in Moscow, the one on the right reaches out similarly to a spire on a church in Madrid