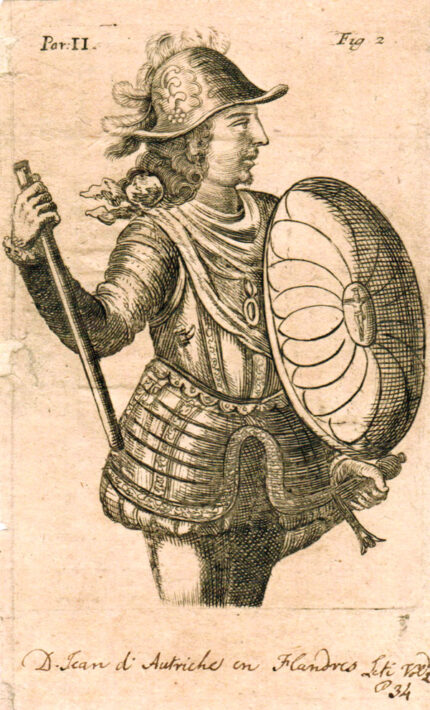 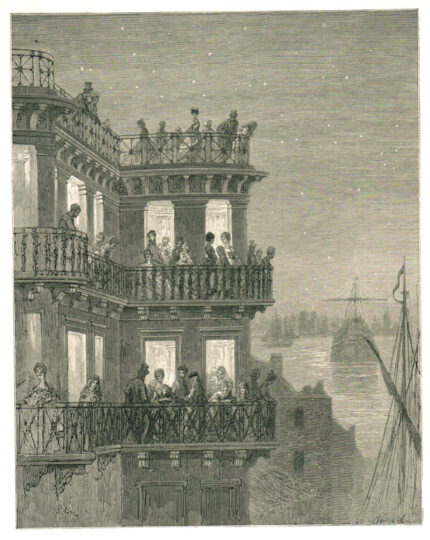 Gustave Doré
The Derby, Returning Home.
London, A Pilgrimmage
London, Grant & Co 1872
Wood engraving
Average size: 230x190mm
£60
The jubilant, cheering crowd of poorer Londoners, pile home on waggons, handcarts and charabancs.
Gustave Doré’s (1833-83) London wood engravings are now the best known of all his graphic works. Working with the journalist Blanchard Jerrold and with the cooperation of the Metropolitan Police who conducted the pair around the roughest and most impoverished parts of the capital, Doré aimed to compare and contrast the the lives of the rich and poor in London. Working as an outsider and Frenchman, all classes of society come under his scrutiny. The ‘down and outs’ depicted in Refuge, Applying for Admission, the wretched prisoners walking their eternal circle in Newgate Exercise Yard (copied by Van Gogh), the dreadful hovels of the poor in Seven Dials, Whitechapel and Ratcliffe Highway, to the workers making a precarious living in the great London produce markets of Covent Garden and Billingsgate. Doré drew the popular national sporting festivals of the Derby, the Boat Race and cricket at Lord’s, at which the classes came fleetingly together, and ended with the ultimate contrast of the diversions of the fashionable season, from the horseback promenade in Rotten Row to garden parties at Holland Park and Chiswick. 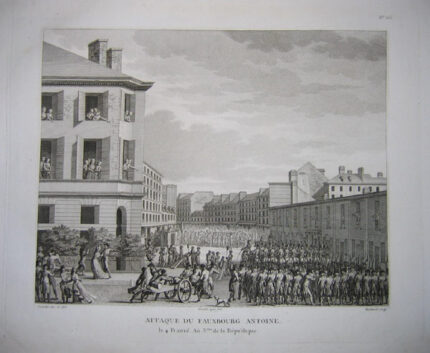