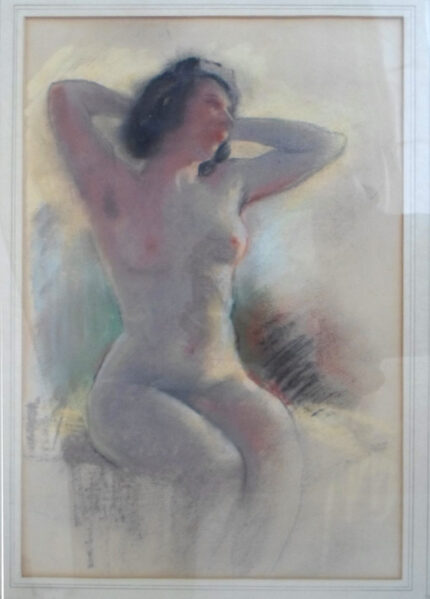 This work was addressed to an international audience of patrons and designers with an introduction in three languages, Italian, English, and French. It was brought out at the end of a decade where Piranesi was given his first chance (through the encouragement of Clement III ) to practice as a designer with freedom to pursue his imaginative approach to design that he had indicated in some of his earlier work. In this period he designed the painted decorations in the Egyptian style that adorned the walls of the Caffe degli Inglesi in the Piazza di Spagna, and also several ornamental chimneypieces for foreign clients. These designs make up the main body of this group of prints Interestingly in his introductory ” Apologia ” he gives particular prominence to the chimneypiece , which he argues had no precedence in antiquity, and, he goes on to say has a particular relevance to English architectire. Also illustrated are designs for clocks, vases, tea and coffee pots, coaches and sedan chairs, as well as many other items of decoration.