Click to enlarge
Home » Catalogue » Four Times of the Day 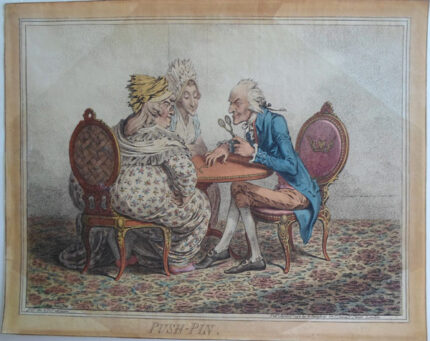 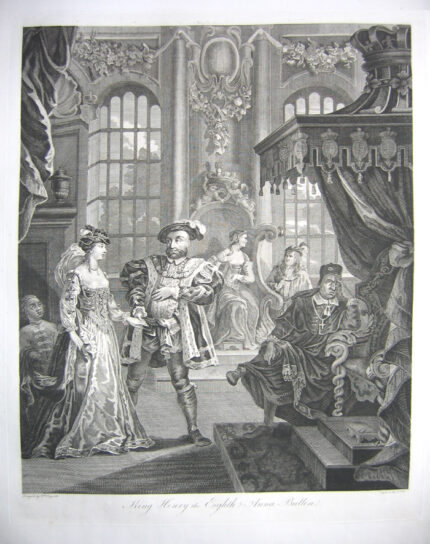 Four Times of the Day

Four Times of the Day

One of Hogarth’s most successful series of engravings. Traditionally the paintings for the Times of the Day were originally executed to decorate the supper boxes at Vauxhall. Enlarged copies later hung there for many years. The paintings were subsequently sold in 1745, but unfortunately the set was split up, Morning and Night went to Sir William Heathcote and are now in the Bearsted Collection, while Noon and Evening were sold to the Duke of Ancaster and are still in the family. The set was recently reunited for the first time since the eighteenth century. The Four Times of the Day represents the ‘progress of a day’ as other famous series have shown the progress of a harlot and a rake. This set was intended to show not only various times of the day but also the contrasts between the sexes, seasons of the year and the types and classes of persons inhabiting different parts of London. 1. Morning A freezing mid winter scene in Covent Garden, with the image reversed from the painting and real life. On the right is Inigo Jones’ church of St. Paul’s Covent Garden, its facade partially obscured by Tom King’s Coffee House, a notorious tavern situated conveniently close to Mother Douglas’ brothel. In the background is the facade of Archer House and the houses lining King Street and a crowd of people listening to the spiel of Dr. Rock who had a famous mercury cure for syphilis. Roofs are covered with snow and icicles and in the foreground a group huddle over a fire and two bucks keep themselves warm by kissing two pretty market girls. The principal figure is a skinny elderly spinster who is the only person in the image who seems untouched by the cold (the implication being that she is so frigid she cannot get any colder). She is followed by a small footboy carrying her prayerbook who tries to warm his frozen hands inside his coat. Paulson 146 state II/II. 2. Noon A street scene outside the French Huguenot Chapel just off Charing Cross Road. On the right a crowd of fashionably dressed French refugees issue from the chapel door. The scene is divided both physically and metaphorically in two by the gutter or kennel which runs down the middle of the street. The wealthy French family with elaborately dressed wife and little boy are contrasted with the local inhabitants on the other side of the street. Outside the Baptist’s Head tavern a black man fondles the breasts of a pretty servant girl, a screaming little boy has broken his dinner plate and a little girl scavenges his spilled scraps from the filthy cobbles. In the background a marital dispute prompts a screaming woman to throw her husband’s dinner out of the window of ‘The Silent Woman’ tavern and rising above the buildings is the spire of St, Giles-in-the-Fields. Paulson 147 state II/II. 3. Evening Hogarth enlisted the help of Bernard Baron in engraving this plate. A rural scene outside the ‘Sir Hugh Myddleton’s Head’ tavern at the popular resort of Sadler’s Wells, Islington. In the foreground a wooden pipe runs into the New River. A dyer and his wife and children have walked north in the cool of the evening to escape the stifling summer heat of London. Both the dyer and his son are evidently henpecked. The dyer himself is small and skinny and holds a screaming baby, while his fat shrewish wife holds only her hat and gloves in one hand and a fan in the other. His son is crying while being scolded by his bullying sister. In the background a woman milks a cow and the cow’s head is so positioned that horns appear to be over the dyer’s head, indicating that he is a cuckold. Paulson 148 state III/IV. 4. Night This plate is reversed from the painting and from life. A chaotic scene in Rummer Court looking north to Charing Cross and the statue of King Charles 1st which appears at the end of the street. In the foreground is a drunken Freemason in his regalia (said to be a portrait of Sir Thomas de Veil the Bow Street Magistrate and a member of Hogarth’s own Lodge) and the Tyler or doorkeeper of his Lodge. Above them a hand empties a chamber pot out of a window onto their heads. In the background a fire in the middle of the street has upset the Salisbury Flyer Coach and two bandits threaten its angry passengers. On the left a barber surgeon’s shop has a striped pole outside, while inside the surgeon can be seen pulling the tooth of a distressed patient, beggars huddle beneath a trestle and a sign on the wall indicates The New Bagnio or house of ill-repute. Paulson 149 state II/II. Set of four engravings £1250