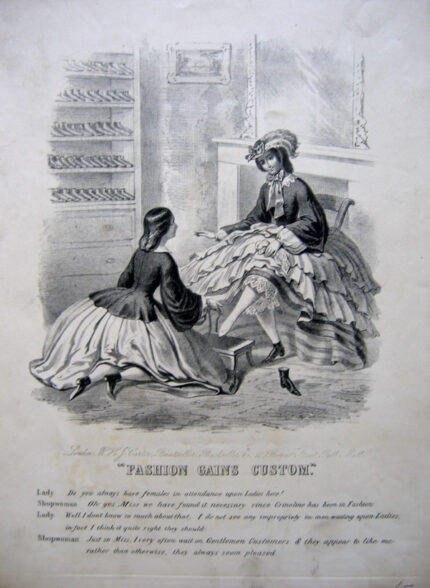 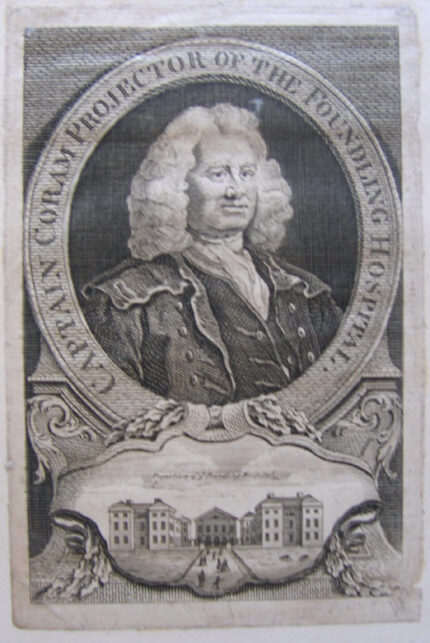 William Hogarth
Paul Before Felix Burlesqued. Design’d & Etch’d in the rediculous manner of Rembrant
London, William Hogarth May 1st 1751- c. 1763
Copper engraving with slight background mezzotint,
265x350mm
Trimmed on or just without platemark
£250
This courtroom satire was originally intended by Hogarth to be the subscription ticket for Paul Before Felix and Moses Brought to Pharoah’s Daughter, however, this engraving soon became so popular that Hogarth decided to sell it as a separate print. The rage for Rembrandt’s etchings reached England in 1750-1, and fakes were soon being offered to the London art market (principally two manufactured by Hogarth’s friend Benjamin Wilson), which may have been the inspiration for this engraving. The engraving is laid onto a mezzotint ground and the paper is lightly stained (Paulson suggests with coffee) to imitate the sooty and browned etchings of the ‘old’ masters (a favourite bugbear of Hogarth’s,). The scene is the Judgment Hall of Felix, the Roman Procurator at Caesarea. Paul is so short he must stand on a stool, from which he proclaims his innocence, while his guardian angel sleeps beside him and a small demon tries to saw through a leg of his stool. On the dais Felix (who resembles contemporary portraits of Tobias Smollett) seems to be yawning with boredom, while Drusilla his wife gossips inattentively with a Jewish judge who sits beside her, picking his nose. On their left the High Priest Ananias wrestles with a supplicant, while below them on the clerk’s bench, one clerk trims his pen, another gossips with his neighbour and two also pick their noses. On the right the figure of Justice is a fat old woman, blind in one eye, with a large moneybag hanging from her waist and carrying weighted kitchen scales in one hand and a butcher’s knife (instead of a sword) in the other. On the left the prosecution lawyer Tertullus (resembling the Jacobite Dr William King of St Mary Hall, Oxford) wearing a wig and clerical bands, is angrily tearing up his speech, while a small depressed-looking devil tries to piece it together again on the floor. A bitter satire both on the law and courtroom procedures and on the fashion for buying so-called Dutch masters instead of patronising contemporary British artists such as Hogarth himself. Paulson 191 IV/V.