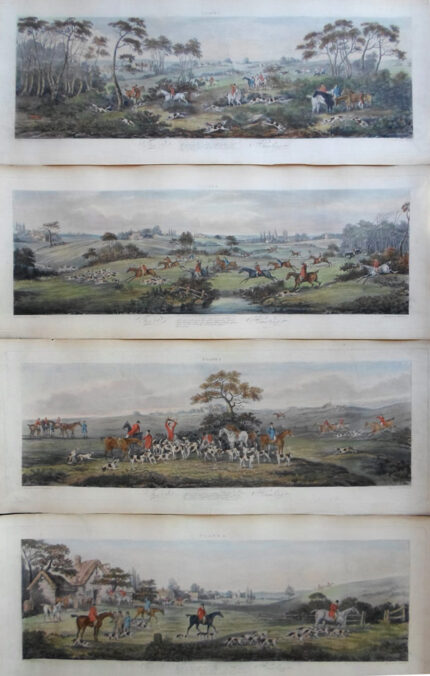 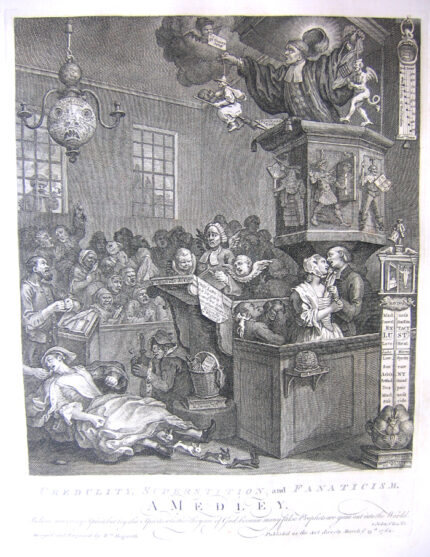 William Hogarth The Company of Undertakers or Quacks in ConsultationLondon, Baldwin Craddock and Joy 1822Copper engraving560x190mm

The caricature is presented as a mock coat of arms for physicians, within a shield bordered with black, and with crossed femurs as supporters. The lower half of the image shows a ‘consultation’ of eleven doctors, all heavily caricaturised and bewigged, sniffing at their pomander topped canes, and with the central figure demonstrating the use of an urinal. The three sinister looking characters at the top are the famous cross eyed bonesetter Mrs Mapp wearing a harlequin suit and carrying a deformed hip bone, flanked on the left by the quack oculist John Taylor who has a knowingly winking eye engraved on the silver top of his cane, and the quack doctor Joshua ‘Spot’ Ward, so called after the massive portwine birthmark on his face. Paulson 144 II/II.