Click to enlarge
Home » Catalogue » a. The Sweetheart’s Farewell b. A Rural Celebration 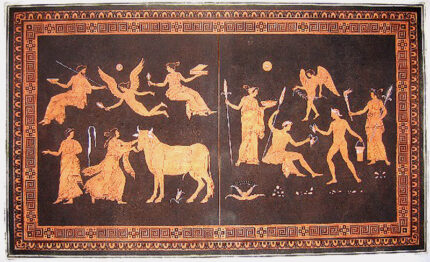 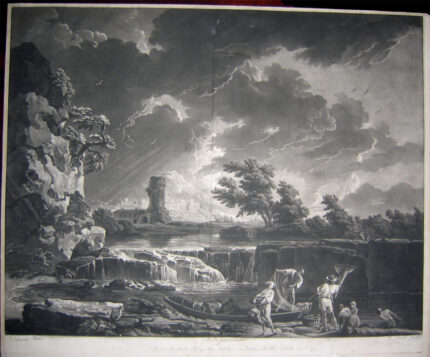 Two lushly engraved, minutely finished, semi satiric, oval, sepia stipples. They depict scenes from Oliver Goldsmith’s popular poem and satire on depopulation of rural communities The Deserted Village, first published in May 1770. Plate ‘a’ shows a weeping young woman, clinging to the arm of her aged father, saying farewell to her sweetheart who is evidently about to leave the village of Auburn. In the background are thatched cottages, hills in the distance and a peasant family tramping the roads. Plate ‘b’ shows peasants dancing under the trees, while another group lounge in the foreground, smoking, eating and drinking. Gillray’s distinctive satirical deliniation of the figures is evident in both plates. In 1783 – 85 Gillray began a period of abstinence from caricature, perhaps feeling that his future and reputation were more secure as a serious artist. However, he never received a major commission. Probably painters preferred to see their work copied by an impersonal hand, not one which added a definite style of its own. By the end of 1785 Gillray had returned to caricature, a move coinciding with the rise to power of William Pitt the Younger.