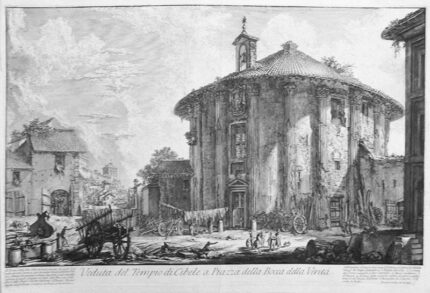 Tate Wilkinson, born on 27th October 1739. He was sent to school at Harrow in 1752 and having displayed some skill in mimicy and taste for the stage was admitted to rehearsals at Covent Garden. His career seemed to take off around 1757, his aristocratic patrons, who were numerous, got him an engagement for the autumn from Garrick, whom his imitations, especially that of Foote, delighted. In October 1758 heappeared under Garrick at Drury Lane, his performances were so successful that after an attempted withdrawal by the management a riot took place and performances resumed. Concerning Wilkinson’s power as an actor little is known, so completely overshadowed are they by his reputation as a mimic. He played a large range of characters from Hamlet, Lear, and Romeo, to Bayes and Mrs Cole. He died on 16th November, 1803. 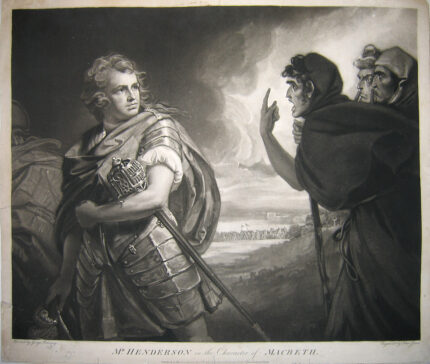 Mr Henderson in the character of Macbeth 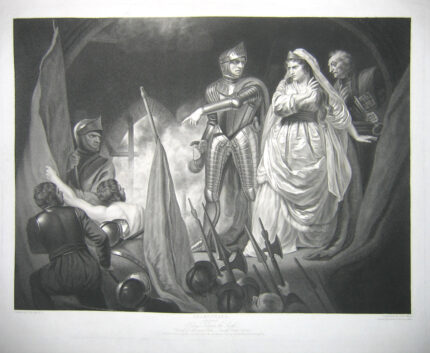 The Dramatic Works of Shakespeare by the Artists of Great Britain. First Part of King Henry Sixth. Countess of Auvergne’s Castle. 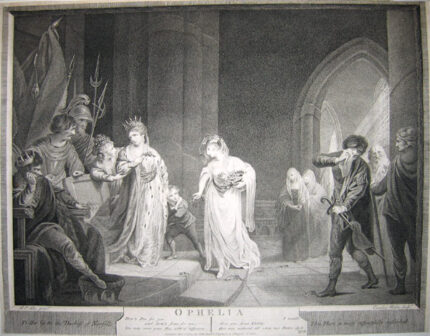 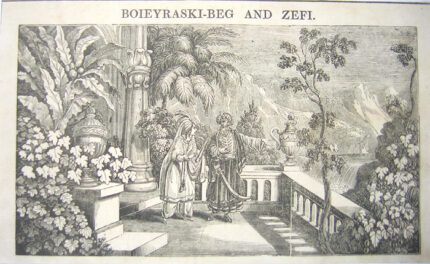 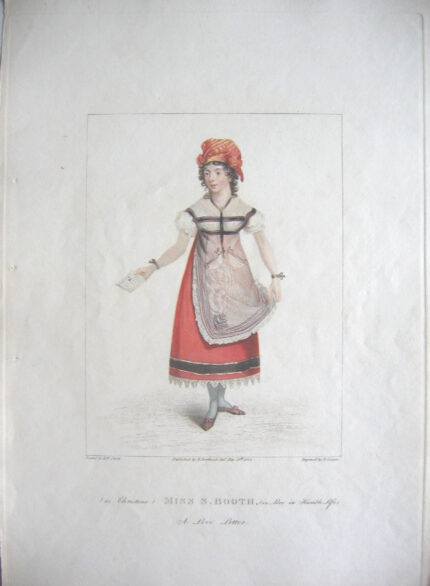 Miss S Booth. (As Christine), (In Love in Humble Life) A Love Letter. 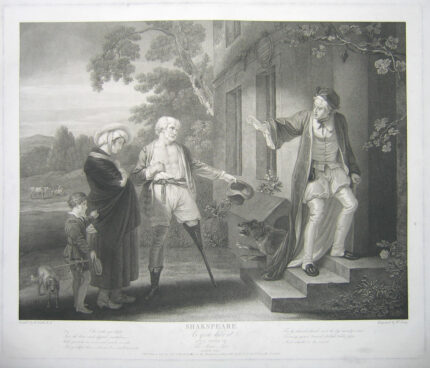 The Dramatic Works of Shakespeare by the Artists of Great Britain. As You Like It. Act II Scene VII. The Seven Ages, Sixth Age