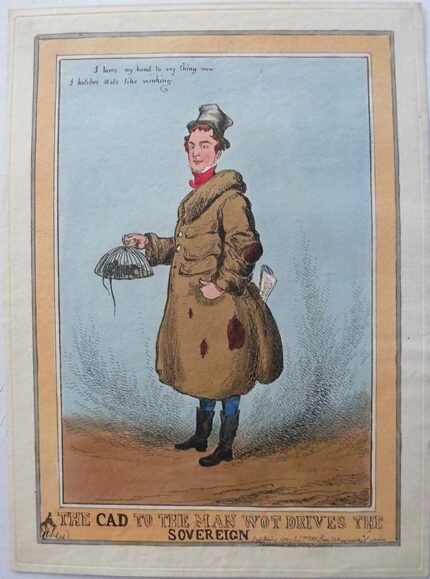 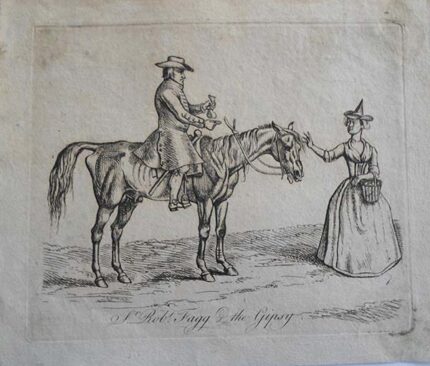 A confrontation between two market women on a street, at left the woman with hands on her hips leans angrily towards her opponent who smiles sarcastically and holds out her hands as if applauding, behind her a man taps her shoulder and points with amuseument at a bill on a wall above, reading "Theatre Royal Covent Garden Epicoene or the Silent Woman"; the altercation watched by surrounding figures including a fiddler and a man leaning on a rail behind them, while a boy at right takes advantage of the distraction to take from one of the women’s forgotten baskets, a dog sniffing at the other, laden with fish, which sits on the floor between them, at left a gentleman hurries from his sedan with hands over his ears