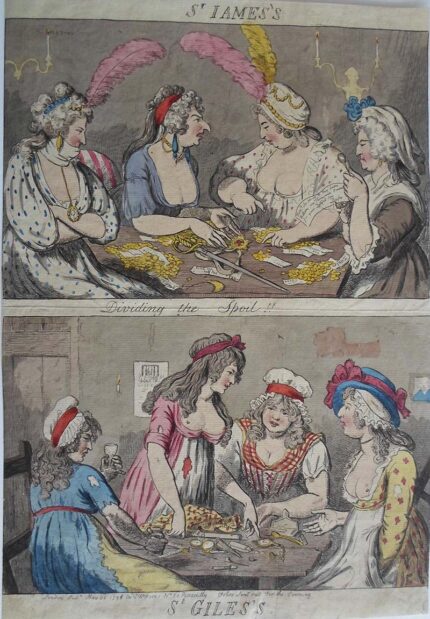 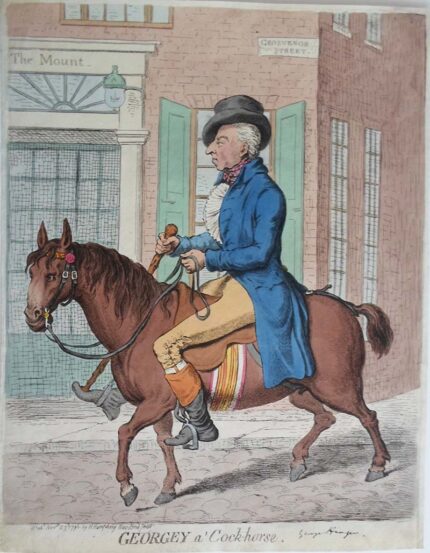 An interesting satire on Eldon’s obsessive and eventually futile opposition to Wellington’s Catholic Emancipation Bill. A pugilistic encounter between Eldon and Wellington, dressed as two old market women brawling outside the Houses of Parliament. Eldon, a basket of oranges at his feet (signifying his support for the Orange Protestants of Ireland) and much the stouter and more aggressive, brandishes his fists at Wellington. Wellington, wearing a old soldier’s uniform coat, is more defensive. Eldon is vociferously supported by a plump John Bull, while Wellington’s second is a skinny, ragged, Irish peasant who capers enthusiastically behind him. BM 15721 .